Hard hit by the floods in 2017, the Borough of Pierrefonds-Roxboro is testing new mobile dikes to replace sandbags and further limit the damage during the next floods.

Edwin Romero keeps a fond memory of the floods of last year.Foreman for Pierrefonds, it was he who had received the call of the first citizen to see his house invaded by the waters of the Rivière des Prairies. For days, he and his colleagues worked tirelessly to fill, move, and stack sandbags in an attempt to stem the tide. “It was hard for the teams, both physically and mentally,” he recalls.

The mobile dikes tested are composed of plastic structures reminiscent of concrete blocks, which interlock into one another to form a barrier. A team of three employees can erect a complete dike in just one hour. In comparison, a similar barrier would require 300 to 400 bags of sand, which would monopolize twenty people for five to six hours.

“We can not stop the whole river with that, but in strategic places, it will be useful. “

– Johanne Palladini, spokesperson for the Borough of Pierrefonds-Roxboro

Barriers are also more stable than bags that can move under the force of water. Another advantage is that mobile dikes can be reused from one year to another, unlike sandbags, which are considered contaminated after use and must be discarded. 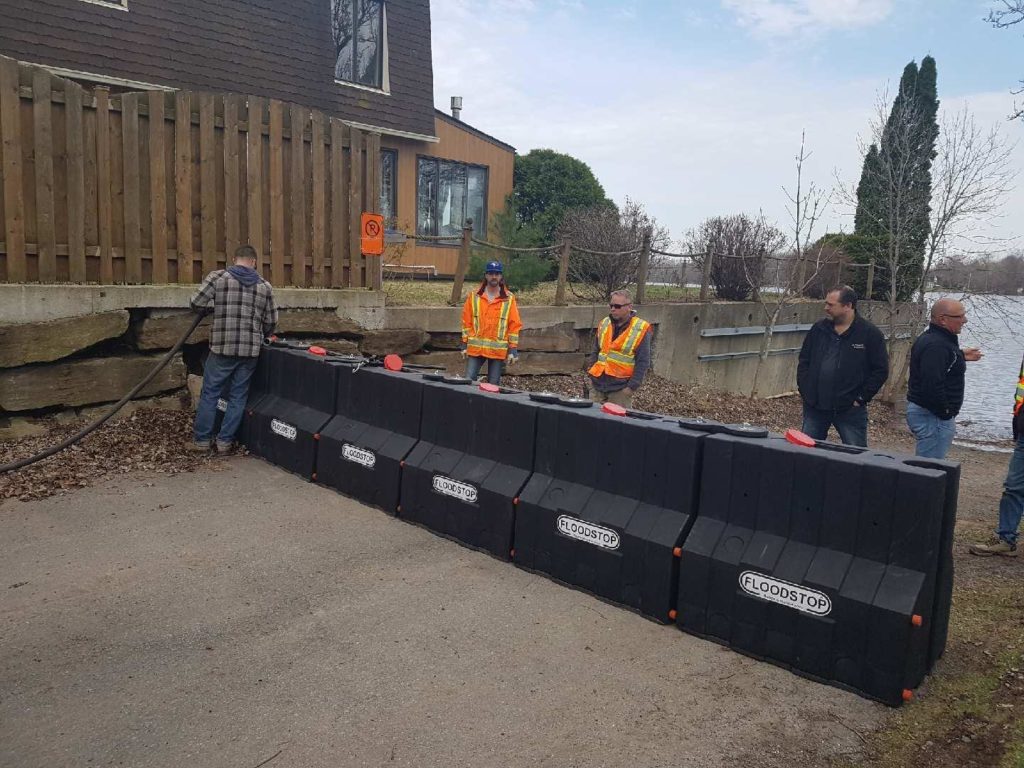