The historic Ship – The Mayflower – which transported English separates to the new World in 1620 set off from the South West of England.  The setting off point is now famous and known as ‘The Mayflower Steps’ which is located in the Barbican area of Plymouth, United Kingdom. 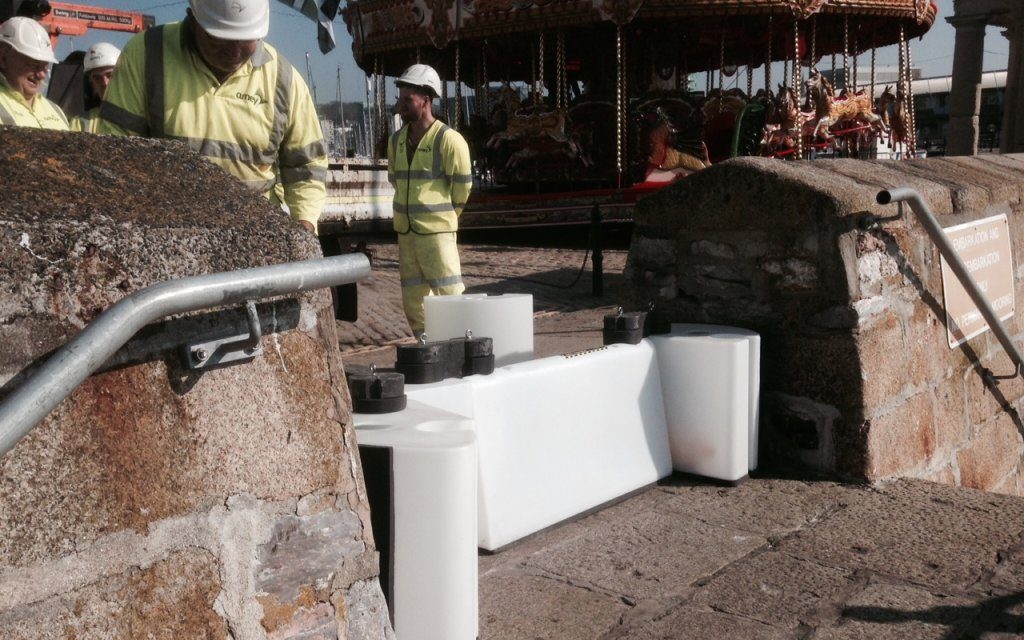 We are pleased to have been awarded the contract to protect the Mayflower Steps from tidal flooding caused during high tides and bad weather.   The Mayflower Steps is made up of a number of opening in the sea wall which allow access to the harbour below, as such they are at risk from flooding.  Floodstop was selected as the barrier can be assembled to rapidly block off any opening size in the sea wall.